ABS-CBN Leading Personalities who shifted to two Rival TV Station after it’s shutdown
After the shutdown of ABS-CBN last July 2020, it made most of their employees and personalities a complete freedom to leave the said network and accept opportunities from other TV stations without a guilt. However, netizens were surprised to see some leading personalities leave ABS-CBN and shifted to two rival TV stations and also because most of these leading personalities were with the ABS-CBN for the longest time.
Since the list of Kapamilya stars who parted ways with ABS CBN goes a long way, for now let’s just only take note the most important stars of ABS-CBN. 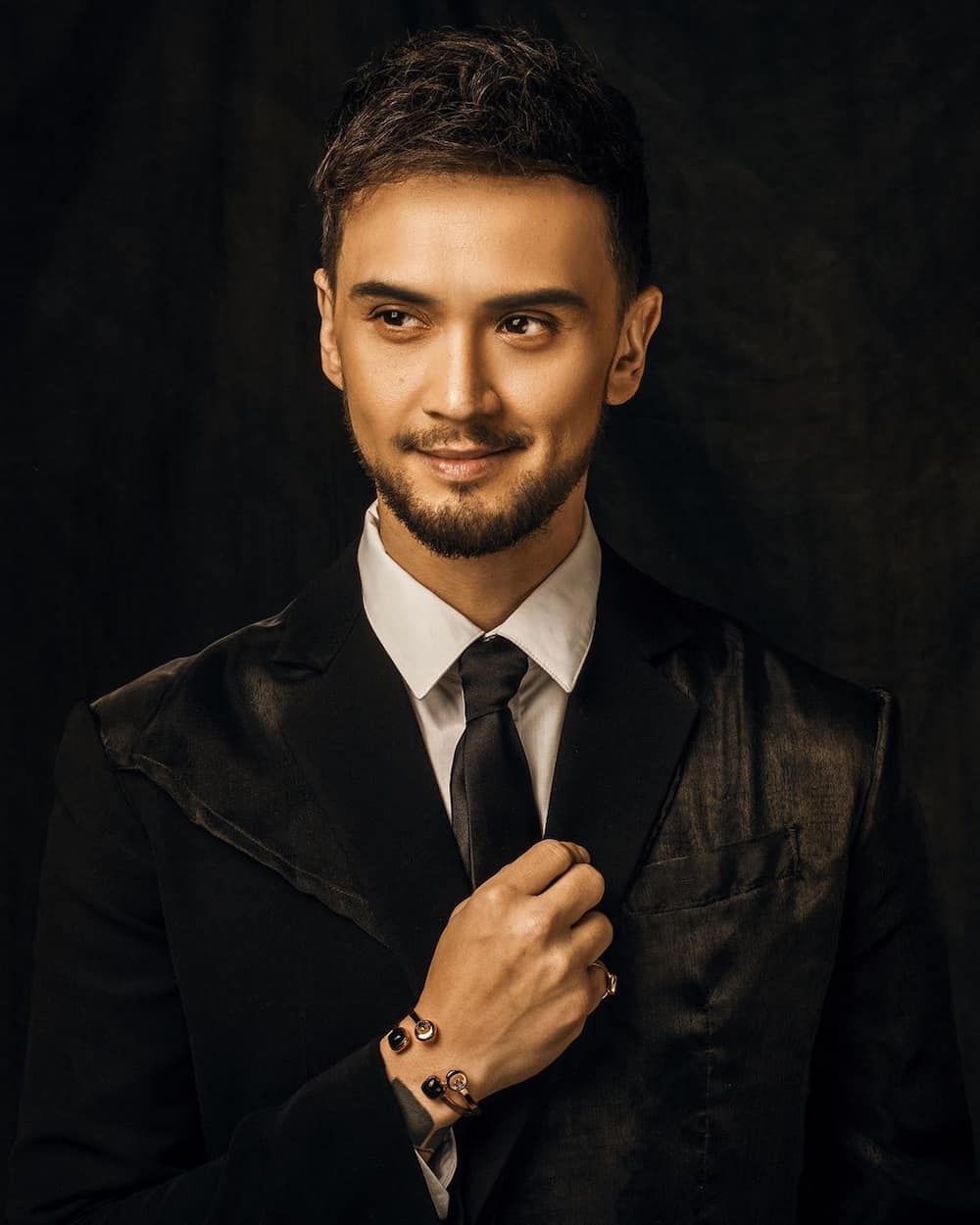 Billy Crawford is one of the biggest star of ABS-CBN who shifted to another TV Station when the said network lost its franchise last July 2020. According to Billy, because of what happen to ABS-CBN, he and his wife Coleen almost made up their mind to leave the Philippines and settled abroad. What made Billy change his mind is the offer from Viva Entertainment to be the host of the Philippine adaptation of Masked Singer, an international reality talent show. Last October 19, 2020 TV5 premiered their newest noontime show, Laugh out Loud and it is also the day Billy officially became a Kapatid artist.
When Billy Crawford was still a Kapamilya, he hosted and presented several reality and talent shows and some of them includes, It’s Showtime, Your Face Sounds Familiar, Little Big Shots, Pilipinas Got Talent, ASAP, Pinoy Dream Academy and Idol Philippines.

Even before the shutdown of ABS-CBN, Alex Gonzaga has already shifted back and forth a couple of times between ABS-CBN and TV5. Last October of this year, she once again shifted back to TV5 to be one of the co-host of Billy Crawford for a noontime show, Lunch Out Loud (LOL).
When Alex Gonzaga was still in ABS-CBN she hosted several shows such as Dance Kids (2013), Pinoy Big Brother (2018) and I Can See Your Voice (2017). She also starred in a number of ABS-CBN TV series like Pangarap na Bituin (2007), My Only Hope (2009), Toda Max (2013) and Home Sweetie Home (2019). Apart from TV shows and Series, Alex Gonzaga also starred in several movies such as, I’ve Fallen For You (2007), The Amazing Praybeyt Benjamin (2014), My Rebound Girl (2016), Nakalimutan Ko na Kalimutan Ka, (2018) and Mary, Marry Me (2018).

After starring in several supporting TV roles, Dimples got her first major TV role in the ABS-CBN 2002 primetime soap opera, Kay Tagal Hinintay. She played as Kayla Reneza who was supposed to be the main character’s love interest that was played by John Lloyd Cruz’s. She also starred in several TV series, including Only You, Mara Clara, Lobo, The Greatest Locv, Agua Bendita, Bagani and her most recent TV series is undeniably a top-rated, Kadenang Ginto.
Dimples Romana was with ABS-CBN for 23 years after shifting to TV5 where she now played one of the lead stars of networks newest sitcom, Oh My Dad alongside with Ian Veneracion.

Beauty Gonzales’ was first seen on television when she joined the reality competition Pinoy Big Brother Second Teen Edition in 2008. After PBB, Beauty received numerous offers and one of it is her acting debut where she starred a minor role in IIsa Pa Lamang, a Claudine Barretto and Angelica Panganiban led series.
At first, Beauty only starred in a supporting TV roles, until year 2014 she got her first leading lady role together with Zanjoe Marudo in a primetime drama Dream Dad and her second main role was in year 2015 in a daytime drama Ningning. Beauty’s most recent and successful TV series in ABS-CBN is an afternoon series “Kadenang Ginto” in year 2018 which is undoubtedly top-rated. After leaving ABS-CBN, Beauty was offered by TV5 to star in a weekly drama, I Got You, together with her fellow Kapamilyas RK Bagatsing and Jane Oineza.

Maja Salvador was an ABS-CBN artist from early 2003 to 2020. Her first acting role was a TV series, It Might Be You were she played a minor role. During her first few years in showbiz, she steadily rose to fame through varied minor and supporting roles. In 2009 she finally took her first leading role in a ABS-CBN afternoon TV series, Nagsimula sa Puso, alongside with co-kapamilya star Coco Martin. After this, she starred in several top-rated TV dramas such as, Minsan Lang kita iibigin, The Legal Wife, Impostor, My Binondo Girl, Bridges of Love, Ina Kapatid Anak and also been part of FPJ’s Ang Probinsyano in 2015. Her most recent and most successful TV series was Wild Flower in 2017 where she starred as Lily Cruz/Ivy Aguas, a breakthrough revenge-drama.
Through Maja’s film with Star Cinema she was able to earned several awards such as, best supporting actress for the movie One More Chance and Best Actress from Luna Awards and Gawad Urian Awards for her movie Thelma.
After the loss of ABS-CBN franchise in July 2020, Maja was one of the leading stars who signed up for Brightlight Productions and started hosting TV5’s Sunday musical-variety show, Sunday Noontime Live (SNL), together with several former ABS-CBN stars who also play as performers of the said show.

Before shifting to TV5, Ian Veneracion starred in several ABS-CBN TV series where he gained incredible fame including Got to Believe (2013), Pangako Sa’yo (2015) and A Love to Last (2017). Ian’s most recent project with ABS-CBN is a Kapamilya Teleserye, Make It With You, with Enrique Gil and Liza Soberano where he played as Ted Villarica, the father of Enrique Gil’s character. The said teleserye was eventually canceled because of the pandemic.
He also starred in several movies like Feng Shui 2, The Achy Breaky Hearts and All you need is Pag-ibig. Ian Veneracion together with Dimples Romana will be the main lead stars of TV5 newest sitcom, Oh My Dad that premiered last October 2020.

Bea Alonzo was one of the well-known star of ABS-CBN and this year 2020 she marked her 19 years as an exclusive Kapamilya artist. She was with ABS-CBN talent management arm and Star Magic from year 2001 to 2020 until recently she moved to depart from Star Magic. Her decision to leave Star Magic allows her to accept several offers from other TV stations and one of the offer is to star in a film where her leading man is the Kapuso Actor, Alden Richards, and it will be produced by GMA Films.
When Bea Alonzo was still under ABS-CBN talent management arm and Star Magic, she received number of Box Office awards in a box-office record-setting films, which earned her the title, “The Generation’s Movie Queen”. The said box-office films were mostly the movies she starred with John Lloyd Cruz, her longest on-screen partner. The said movies are, Now That I Have You (2004), One More Chance (2007), Miss You Like Crazy (2010), The Mistress (2012) and the sequence of One More Chance which is A Second Chance (2015). Alonzo’s most recent movie was Unbreakable (2019) with co-stars Angelica Panganiban and Richard Gutierrez. Aside from box-office film, Alonzo also starred in several TV series such as Kay Tagal Kang Hinintay, It Might Be You , Ikaw ang Lahat Sa Akin, Maging Sino Ka Man, Magkaribal and A Love to Last.

Rumors had been spread about Korina resigning from ABS-CBN News before the renewal of network’s franchise was been denied. But we can still see Korina hosting her news magazine show Rated K up until the network’s shutdown. Korina is one of the leading and veteran ABS-CBN news anchor who leave the said network and shifted to TV5 last year 2020. She anchored in numerous newscast of ABS-CBN like The World Tonight, TV Patrol and Bandila. Korina regain her magazine show Rated K but it is now entitled as Rated Korina, with the help of Brightlight Productions’ blocktime and TV5. 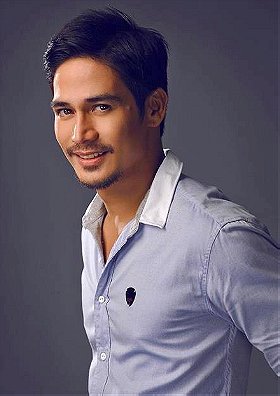 Because of the denial of ABS-CBN to obtain a new network franchise from Congress last July 2020, Piolo Pascual was one of the senior and leading star who leave the said network and shifted to TV5. As a Kapamilya star, Piolo had already star in numerous leading man role including Mara Clara, Esperanza and Gimik. Pairing with Judy Ann Santos in several TV Series and movies catapulted Piolo to greater fame including Sa Puso Ko Iingatan Ka, Bakit Di Totohanin, Sa Piling Mo, Till There Was you and Don’t Give up on Us. Because of Piolo’s tandem with Judy Ann, he achieved numerous projects in TV series and movies with other co-stars such as Claudine Barretto in Milan and Walang Kapalit, Dawn Zuelta and Coleen Garcia in Love Me Tomorrow, Toni Gonzaga in Starting Over Again and Last Night, Yen Santos in Northern Lights and Sarah Geronimo in The Breakup Playlist.
Entertainment 216 News 89 abscbn shutdown 1 alex gonzaga 1 bea alonzo 5 beauty gonzales 1 billy crawford 2 celebrity 5 dimples romana 1 ian veneracion 1 korina sanchez 1 maja salvador 2 network 1 piolo pascual 1 tv5 1