Trash and Graffiti on Plants Forces Baguio City Hiking Trail to Close Indefinitely. Camp John Hay in Baguio City was appalled at the amount of 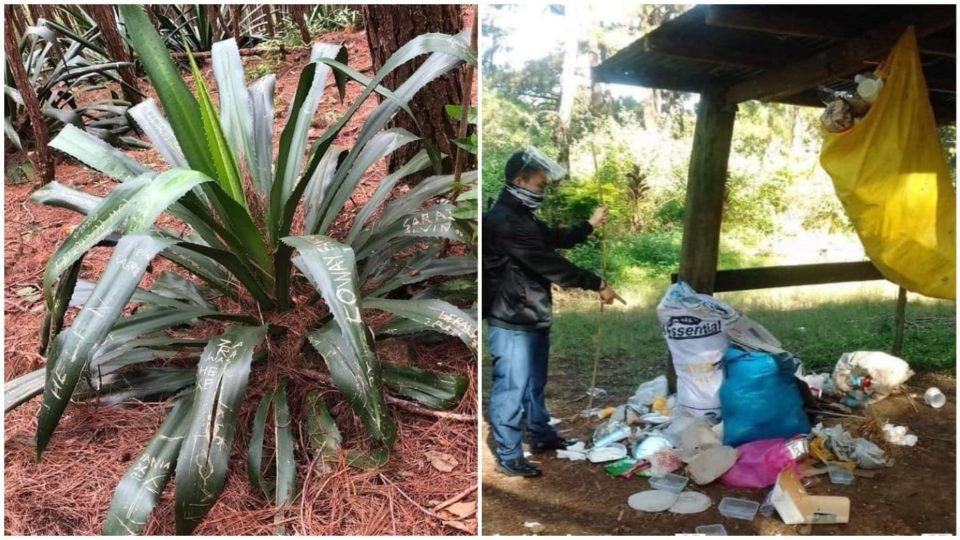 Camp John Hay in Baguio City was appalled at the amount of trash being dumped and left behind at their hiking trail. What’s worse are the graffiti found on plants while others are destroyed beyond saving. The camp’s management had to act quickly to save and preserve the plants along the hiking trail. They described these serious violations as “environmental irresponsibility and complete disregard of nature” in the statement they released last Saturday.

They also included photos of the vandalized plants and heaps of garbage found in the area. They’ve explained the hazardous effect of the litter found in their statement: “Empty bottled water, food wraps, cigarette butts, wet wipes, and even diapers are being collected along the trails. These materials are flammable, more so when added with dried pine needles that with a single flick of [a] cigarette butt can cause a massive forest fire.”

Therefore, the camp’s management had issued an advisory that the hiking trail will be closed indefinitely in order to recover the plants destroyed and clean up the area. The management, however, are offering, “Significant consideration shall be given on tourists’/trekkers’ environmental responsibility to respect the trails otherwise it will be closed permanently.”

After ample time had been given for the ecosystem to recover, the camp will be evaluating if re-opening the trail will be “viable”.

The effects of the violations visitors of the hiking trail had caused, would destroy the whole ecosystem the camp’s management are trying to protect and preserve. Camp John Hay had been there since before World War II and was a former United States military base. It holds a huge part of the Philippine history that’s why the camp is making an effort to preserve the forest for the future generations to enjoy. With what’s happening around the world last 2020, respecting and recovering the nature should be an outmost priority.