Filipino who used to work as a janitor, now owns a restaurant in Australia.

Filipino who used to work as a janitor, now owns a restaurant in Australia. Our goals, no matter how long they take, will surely be reached if

Filipino who used to work as a janitor, now owns a restaurant in Australia.

Our goals, no matter how long they take, will surely be reached if we relentlessly and tirelessly aim for them. Giving up is simply not the way to reach our goals and plans in life. One Filipino man who has been working hard his entire life finally felt success and encouraged others to be inspired.

The 25-year old Filipino, John Andrew Dangca, flew to Australia with the support of his relatives. Bringing hopes and dreams, he worked hard to make them come true. He was only 19 then and to help his family and relatives, he had to work various jobs through-out the year. He worked manual labor and also cleaned homes, offices and retail stores to earn money. No matter how hard the job was, he was earning an honest buck and that’s what counts.

He then decided to pursue studying while working as a janitor. Aiming for his goals, he worked hard and juggled time as a student and as a janitor. Eventually he completed a diploma course then switched to working at a facility for senior care. 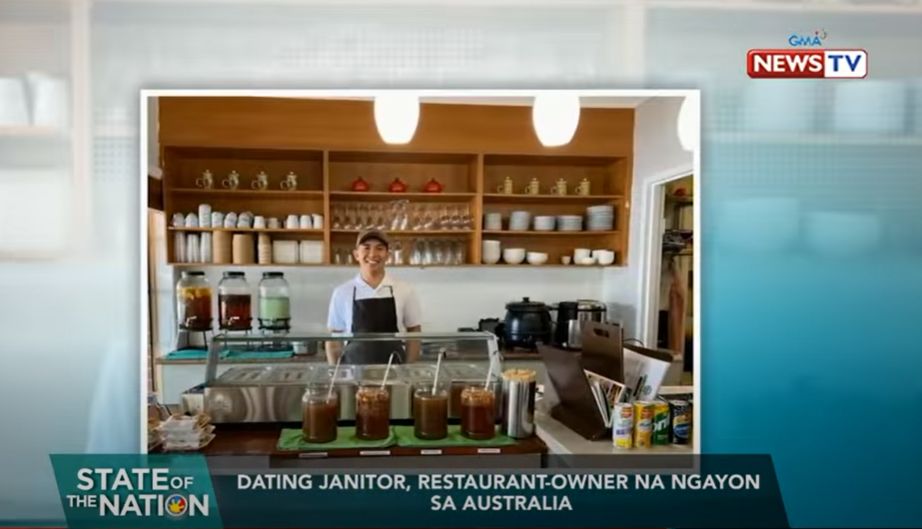 He was featured in GMA News TV’s State of the Nation wherein he shared some of his experiences before achieving success. He mentioned that in his time of commute, he often times sleep on the bus or on the train station, travelling from one job to the next. It was the time he could rest.

A lot of fellow countrymen could relate to Dangca’s daily jobs, working hard to eventually make a better life for themselves and help their families as well. Commuting in the Philippines, you’d see a lot of hard working citizens who are asleep on the bus, train, jeepney and even on the UV Express.

Dangca eventually had enough money saved up to open his own restaurant Australia, ‘Salu-salo’. The restaurant is Filipino-themed, introducing Filipino flavors in Canberra. His story now stands as an inspiration among those who are aiming for their goals in life.